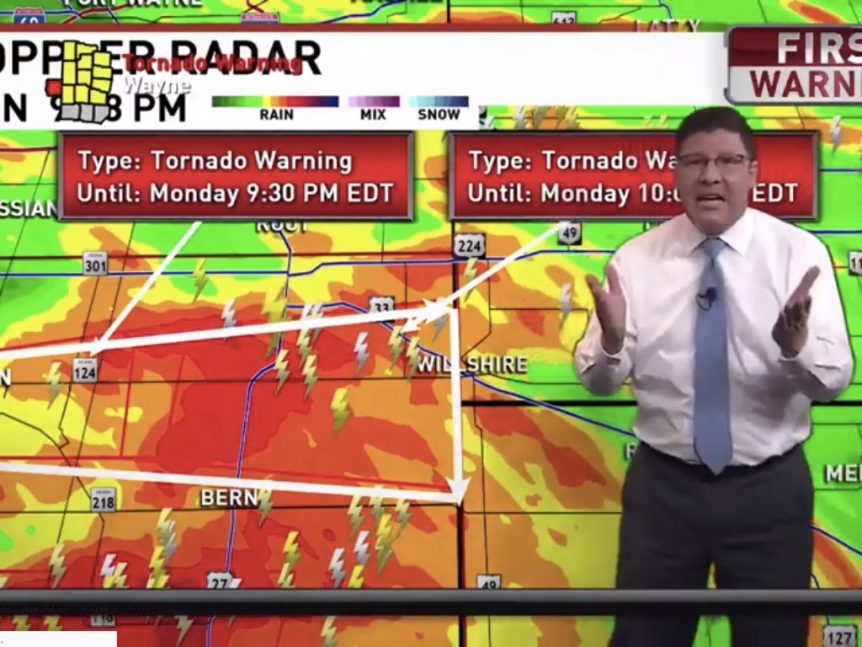 Another weather-related cut-in, another round of pushback from TV viewers.

This time it was during an episode of The Bachelorette airing Monday night in Dayton, Ohio, and WGRT meteorologist Jamie Simpson had enough.

“I just checked social media and we have viewers complaining already, saying just go back to the show,” Simpson said. “No! We’re not going back to the show, people, this is a dangerous situation.”

At the time, Simpson was tracking a tornado in the area. This isn’t the first time meteorologists have dealt with pushback on social media during cut-ins.

“I’m done with you people. I really am. This is pathetic,” he continued.

After losing his cool briefly, Simpson apologized and continued with his cut-in.

You can watch his hit here.

WATCH: Weatherman @JamieFOX45Now in Dayton, Ohio snapped at viewers complaining on social media about the network’s decision to cut into The Bachelorette Monday evening with emergency tornado warning coverage

“I’m done with you people, I really am. This is pathetic” pic.twitter.com/m4nxmoUUkY