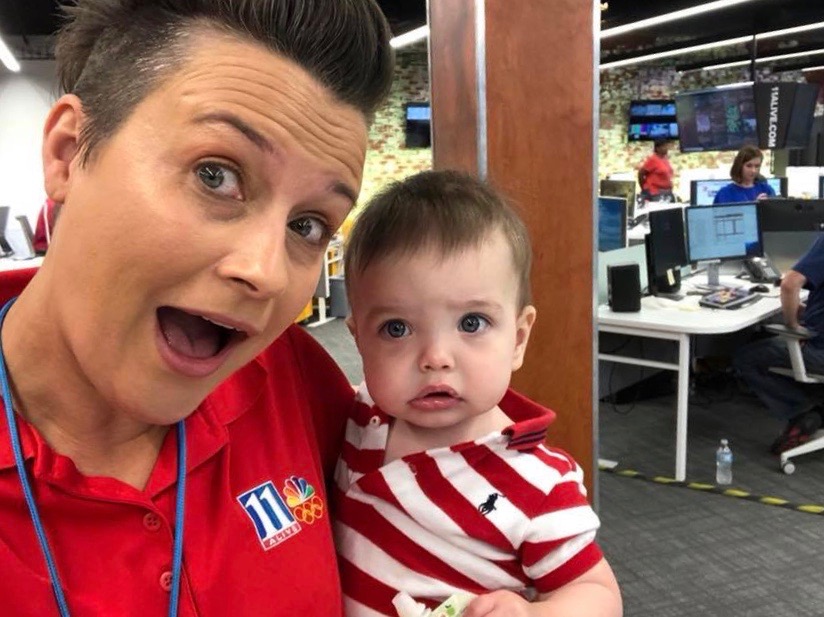 Working moms in newsrooms know this to be true: babysitters aren’t always available when breaking news calls or when you need to step into live event coverage because another reporter is sick.

WXIA reporter Kaitlyn Ross learned a valuable lesson about finding on call help and the power of a newsroom yesterday.

She had to fill in during the station’s annual coverage of the Peachtree TV Road Race on the Fourth of July but couldn’t find anyone to watch her son. When she told assistant news director Julie Wolfe, Wolfe told her not to worry.

“She told me to bring him in and go run. So while I got to cover my favorite event of the year, my assistant news director and amazing co-workers loved on my baby until I crossed the finish line. So thankful to work for a company that so strongly supports new moms,” Ross said in a Facebook post.

Ross has been a reporter for the Tegna-owned NBC affiliate in Atlanta since 2014. She welcomed her son to the world in October.