NEXT:Dominique Moody Moves from NBC Connecticut to WRC in DC
PREVIOUS:Phoenix Anchor Leaving Station Because He 'Didn't Want to Die in the Job' 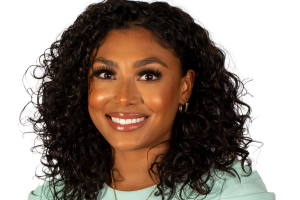 The anchor announced the news on social media, saying her last day will be Friday, June 3.

In her post, she thanked viewers for watching but saved special thanks for current WTKR gm Adam Chase, who was gm of KXXV when Gonzalez was hired, former news director Joshua Eure and current news director Sylvia Villarreal for giving “a young kid who had never touched an anchor desk” a chance.

“This opportunity has been career changing and your leadership, guidance and belief in me got me to where I am today,” she wrote on Facebook. “As for what’s next—stay tuned!”

Gonzalez started her career at WHDH in Boston while she was still in college. She went on to work in Omaha, Neb. before joining KXXV in 2020.