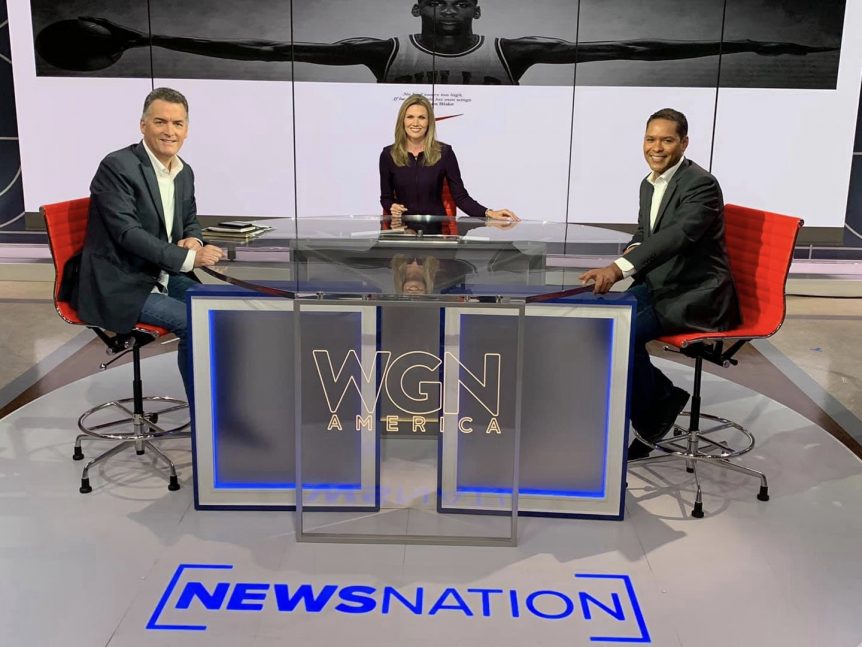 The newscast is aimed at taking on cable news properties like Fox News, CNN and MSNBC. Instead of opinion-based programming, the newscast will offer up fact-based reporting across all hours and will eschew commentary.

“A lot has changed in the many years since the last launch of a national cable news network,” said Perry Sook, Nexstar’s chairman, president and CEO. “Most importantly, the programming on other cable news networks is now dominated by shows built around opinion and analysis—not always facts. News Nation is committed to bringing American consumers the fact-based news that impacts their lives without the opinion or bias of ‘talking heads.’”

News Nation’s main anchor team will be Joe Donlon and Marni Hughes, breaking news anchor and former WABC anchor Rob Nelson and chief meteorologist Albert Ramon, who came from KVUE in Austin, Texas. Together they will bring a collective 80 years of experience in television news to their roles.

“Fact-based television news reporting is by far the most trusted and valued news source for consumers and News Nation’s focus on bringing unbiased reporting of the day’s most important news to a national audience represents a return to the core values of journalism,” Sook said. “In addition, our three-hour newscast will enable our reporters to delve more deeply into the stories of the day and explain the full range of issues shaping the news. We believe the launch of NewsNation will appeal to viewers across the country who have been looking for fair, balanced, objective journalism.”

The new show is made possible by a staff of 150 reporters, producers, writers and photojournalists that WGN America hired to work solely on the program. Nexstar has also put some marketing muscle behind the show, investing $100 million of market promotion across all 196 local television stations, social media and radio stations nationwide.

“Our new state-of-the art studio and newsroom, combined with the expertise of our 150 dedicated reporters, producers, writers and photo-journalists, and the 5,400 local journalists in Nexstar’s 110 newsrooms across the country, including news bureaus in 20 state capitals, affords News Nation the flexibility to deliver live coverage of the day’s most impactful news from wherever it occurs—from San Diego to Burlington and Portland to Miami,” said Sean Compton, executive vice president of WGN America. “Our anchors can move seamlessly to locations nationwide and get the story from reporters who get to the scene first and bring fact-based context to their reporting.”