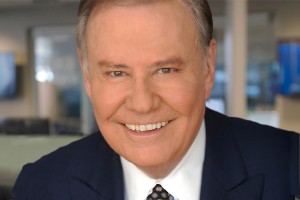 This month, WPIX reporter Marvin Scott will celebrate 40 years on the air at the New York City station and 60 years in broadcasting.

Scott, who joined the station in 1980, has served in multiple roles, making him one of the most well-recognized broadcast personalities in the market.

He’s worked as an anchor, reporter, host and producer. Most recently, Scott is a senior correspondent for the station.

“Over the years, Scott’s assignments have taken him from the front lines of Iraq, Afghanistan, Cambodia, and the Middle East, to the highways of America’s South, where he covered civil rights protests with Dr. Martin Luther King. He spent four Christmas holidays with New York soldiers in Iraq and in 2013 joined local troops in Afghanistan. He has interviewed six American presidents and every New York City Mayor since John Lindsay,” according to his bio.

Scott is a member of the Broadcast Hall of Fame and continues to report for the Scripps-owned station full-time.