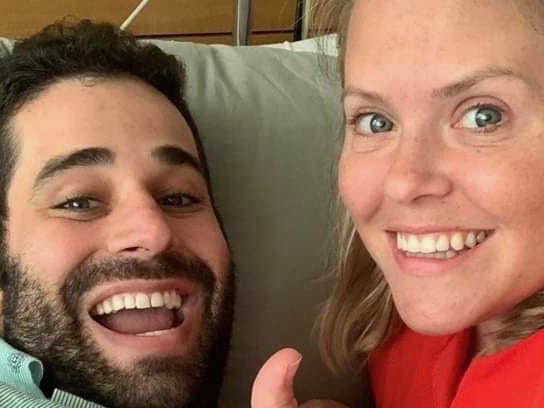 New Orleans anchor Randi Rousseau is mourning the loss of her husband.

TVSpy first reported that her husband, 36-year-old Jonathan Serigne, was diagnosed with Ewing’s sarcoma in May.

He was treated for the rare form of cancer for four months at MD Anderson Hospital in Houston, Texas.

After his treatment in late September, Serigne returned home to New Orleans. According to WDSU’s website, he passed away on Friday.

Rousseau and Serigne had been married since 2013. They have two children: son Jacques, 3, and daughter Stella, 2.