NECN is apologizing for a racially insensitive graphic which appeared on air earlier this week.

A graphic with the term “colored people” appeared on a graphic not once, but twice.

“The language that accidentally appeared in a graphic during Wednesday afternoon’s NECN broadcast was highly inappropriate and we regret the error,” a spokesperson days. “As soon as our producers became aware of the error, it was immediately removed and then corrected on air. We sincerely apologize to our viewers.” 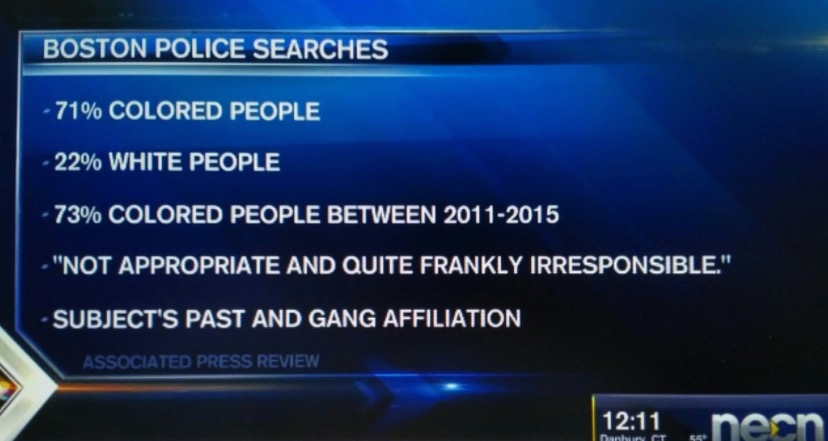