NEXT:Comcast Acquires Rights to Offer Content Where it Doesn't Have A Footprint
PREVIOUS:Hartford Meteorologist Tells Viewers He Had Heart Attack 'Probably On The Air' 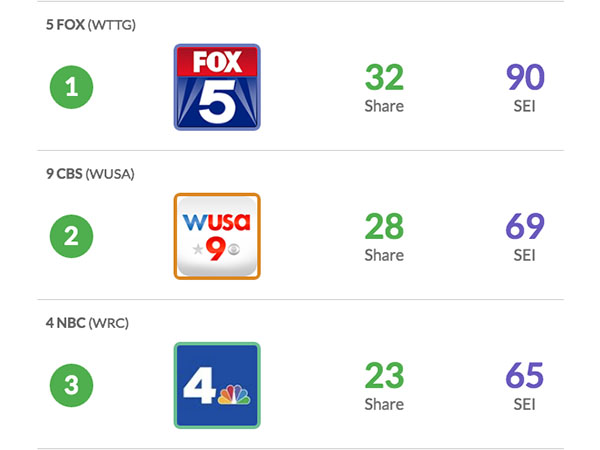 On Instagram, during the last 30 days, WRC had a 39.7 share on the platform compared to a 30.1 share for second-place WTTG. No other station in the market had a share higher than 15. WRC’s lead was driven by anchor Angie Goff, who led all accounts in the market with a 19.9 Share on Instagram. Goff had more than 38,000 engagements on her page over the 30 days despite only having 11,598 fans.

WTTG led all others in the market overall with a 32 share over the last 30 days, despite the main brand pages for second place CBS-affiliate WUSA outperforming WTTG’s main station pages by almost 60,000 total engagements over that time. WUSA had a 27.8 share, WRC was third with a a 23.2 Share and Sinclair’s WJLA had a 16.4 share.

WTTG and WRC tied with four individuals each in the top 10 overall in the market, while WUSA accounted for two to round out the top ten. 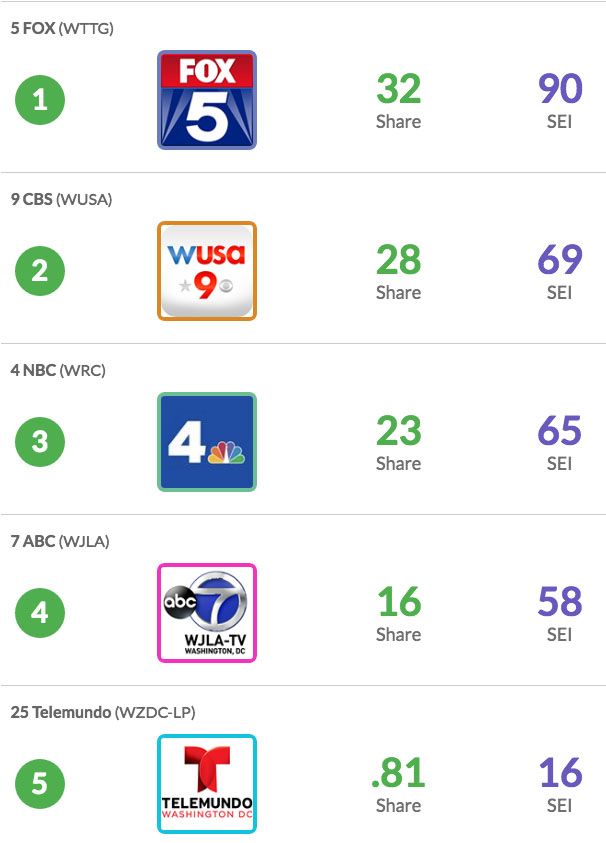