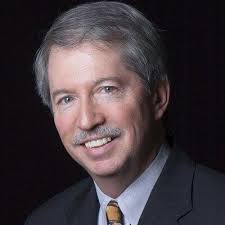 Some surprising news coming out of the broadcast industry this morning: National Association of Broadcasters communications boss Dennis Wharton is retiring from the organization, effective July 1.

Wharton, a 24-year veteran of NAB and the longest-serving spokesman in the organization’s history, will continue to serve as a senior adviser to NAB, according to president and chief executive officer Gordon Smith.

“Dennis is a fervent advocate for local broadcasting and his dedication to NAB and the broadcast industry cannot be overstated,” Smith said in a statement. “Journalists, broadcasters and colleagues alike value his extensive insight on industry-related issues and appreciate the enthusiasm and good humor he brings to his work. We wish Dennis all the best and are fortunate to have him stay on as an adviser to NAB.”

In an email to the NAB board of directors last night, Wharton called his retirement a “bittersweet moment” and described his tenure at NAB as “the privilege of my professional life.” Wharton wrote that he has been “in the catbird seat for countless moments in broadcast history” over 24 years, including the launch of HDTV, radio performance royalty fights, “wardrobe malfunctions” and media consolidation battles. He said he is most proud of the unparalleled public service of local broadcast stations, which has been on prominent display during the Covid-19 crisis.

He came to the role with a journalism background, joining NAB after a 16-year journalism career in Ohio and as Washington bureau chief for Variety, where he covered legislative and regulatory issues related to broadcasting, cable and Hollywood movie studios.

On a personal level: Wharton was a great partner over the years, particularly when it came to Adweek’s coverage of the organization’s annual NAB Show. We wish him all the best as he embarks on retirement.