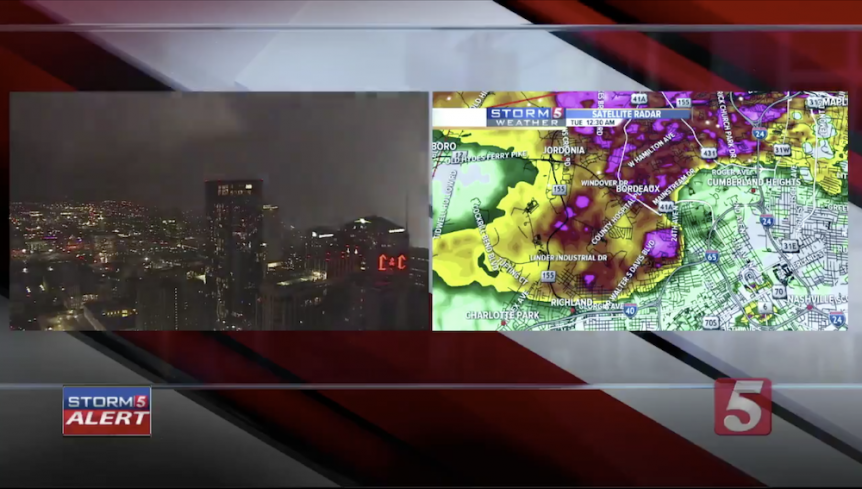 Meteorologist Bree Smith also shared with viewers that the station took several power hits when the tornado went through Nashville around 12:30 a.m.

Incredible tower cam view of the Nashville tornado on WTVF, live as it happened. Big kudos to those guys for having backups in place to stay on the air. pic.twitter.com/Ewm68bp8m2