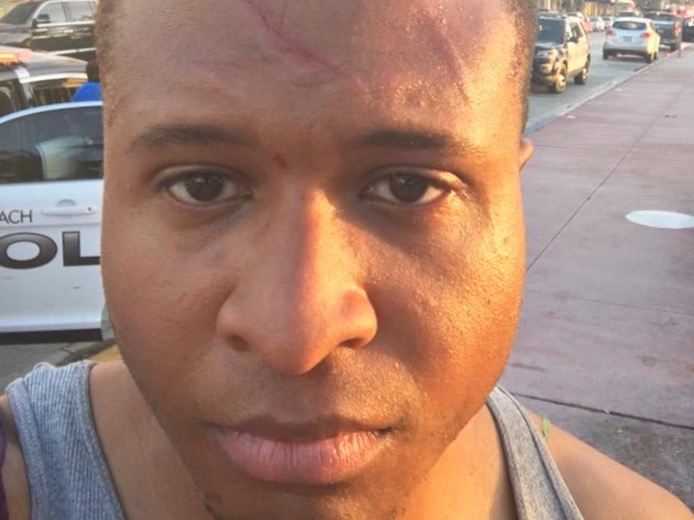 A Miami news crew is recovering after being attacked during a morning live shot yesterday.

WTVJ morning reporter Darryl Forges and his photographer Linda Sargent-Nestor were reporting on Miami Beach when he says a stranger came running.

“It’s been a wild day, but overall my photographer Linda Sargent-Nestor and I are ok,” Forges said in a Facebook post on his personal page. The post included photos of bruises, scratches on his face, hands and broken glasses.

“Special thanks to Miami Beach PD for responding quickly, and also to two complete strangers who helped,” he said.

It’s unclear if anyone was arrested.