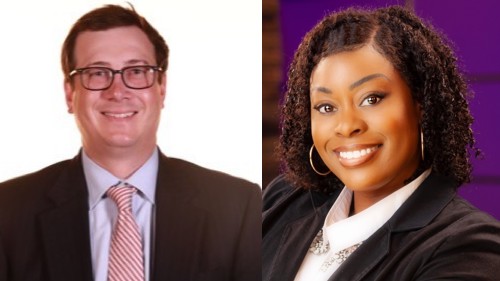 “Having worked closely with some of our most talented general managers has prepared him well to lead WAPT into the future,” said Wertlieb.

Keith has been the gsm at WAPT since 2017. Two years after joining the station as national sales manager,  he moved to WVTM, Hearst’s NBC affiliate in Birmingham, Ala., to work as local sales manager for two years before returning to WAPT as general sales manager.

Carver joined WAPT in 2018 as local sales manager. She previously managed television commercial traffic logs and inventory for two Hearst stations, including WAPT while serving as a station specialist in the company’s Charlotte, N.C. office. She’s also worked at WSOC-WAXN in Charlotte, and at WRAL in Raleigh, N.C. She began her television career at WXIA in Atlanta.

“Ayanna has done an outstanding job as WAPT’s local sales manager, building and inspiring a growing team of sellers,” Keith said. “I know that, as general sales manager, she will help fuel further growth for this great station.”