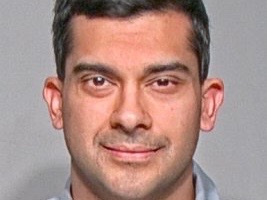 WITI reporter A.J. Bayatpour will not be reporting while cops investigate his involvement in a fight over the weekend.

According to the station’s website, the Fox 6 reporter is facing possible criminal charges.

On Friday, April 6, Bayatpour was arrested at Miller Park, the stadium where the Milwaukee Brewers play. He punched another Milwaukee television reporter who was also at the game. That reporter was injured, according to police, and the fight was captured on video.

He could face battery charges. The district attorney’s office is investigating the case and will have a decision by April 12.