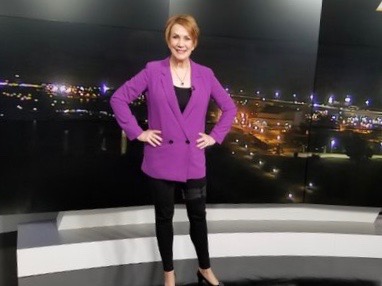 WISN in Milwaukee will lose a longtime meteorologist soon.

Next month, Sally Severson is going to retire, but she said she’ll do it in phases.

Severson has been a meteorologist on the station’s morning show since 1988.

Starting Aug. 26, she will eliminate the morning show from her schedule but continue to do the weather on the ABC affiliate’s 11 a.m. show. Severson will retire for good next year, but has not given an exit date.

In the meantime, evening meteorologist Lindsey Slater will take over the morning duties.

Just announced! I will begin a slow move to retirement on August 26. I will hand over the morning newscast to @LindseySlaterTV ! You’ll still see me for another year on @WISN12News at 11. Thank you for letting me be a small part of your lives. pic.twitter.com/1vJIjaIFXC