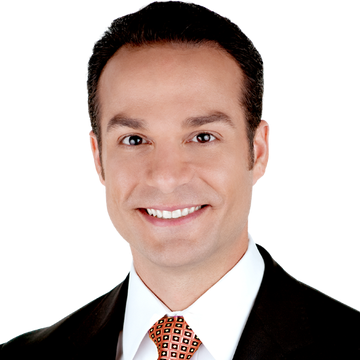 Iscovitz will stay on the weekday morning shows from 4 to 10 a.m., as well as WakeUp! With Sally Mac and Lina, Houston’s Morning Show—and the Fox 26 News @ Noon. He’ll also keep doing his weekly livestream Mondays with Mike for the station’s website and social platforms.

“There is no one who understands our Gulf Coast weather and the needs of our viewers better than Mike,” said vice president and news director, Susan Schiller. “In more than two decades at the station, he has taken us through multiple life threatening Hurricanes and tropical storms, such as Harvey in 2017 and Nicholas last year, to deadly TS Allison in 2001 and Texas’ Big Freeze when the power grid failed in 2021. Along with his vast knowledge, Mike brings an easy, relatable and often amusing weather presentation to our on-air audience and digital viewers.”

Before joining KRIV in 2000, Iscovitz was a meteorologist at KLFY in Lafayette, La. He said that while the promotion was an honor, it is a “huge responsibility.”

“We have seen more and more frequent extreme weather events here in the Houston area—and my team and I will be dedicated to guiding you through natural disasters that will come our way,” said Iscovitz.