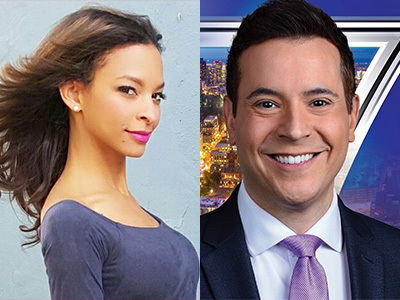 WTVJ, the NBC station in Miami, has brought on two new morning anchors.

Jones and Anderson will work alongside other members of the morning show, including anchors Johnny Archer and Kristin Sanchez and meteorologist Adam Berg.

“Both are exceptional journalists and together with Johnny, Kristin and Adam will help our audiences start their day with the news and information they need every weekday morning,” Dawn Clapperton, the station’s vp of news, said in a press release.

This is a homecoming for Jones. She is from Miami and worked in the market prior to her two-year stint as an anchor in Richmond, Va.

Anderson also has experience in South Florida, but is heading to the station from Massachusetts. On Jan. 6, Anderson tweeted that he was leaving WHDH in Boston for his next adventure.

After 7 incredible years, Friday will be my last day at 7News!

Boston/New England THANK YOU for welcoming me into your homes & helping me fulfill my dream of anchoring in 1 of the world’s greatest cities. Boston will always hold a special place in my ❤️ pic.twitter.com/dbWsCmWCVh