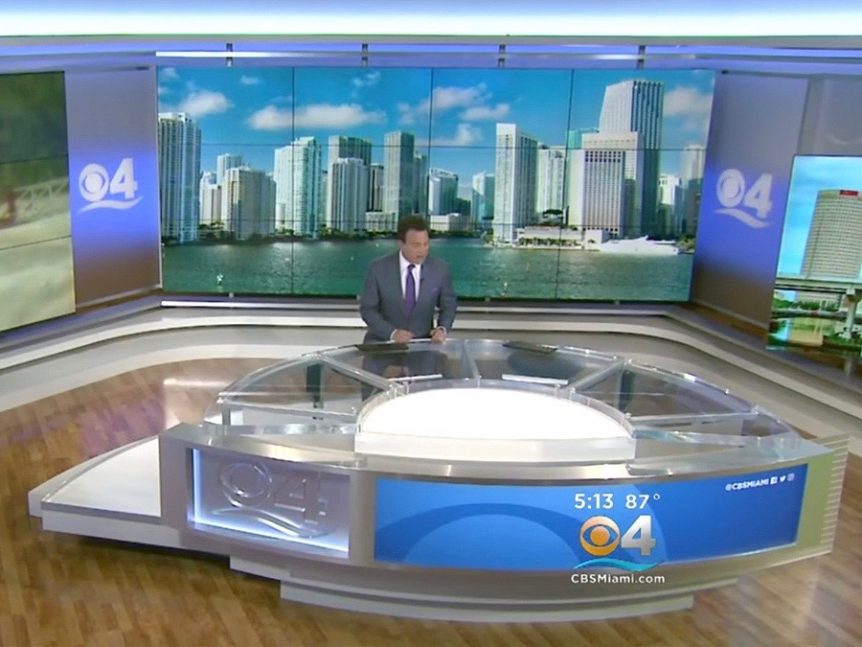 WFOR, the CBS-owned station in Miami, unveiled a new set this week.

According to Newscaststudio, the station was using a temporary set for the month of July.

The new set mirrors BDI’s award winning design at KCBS, which won NewscastStudio’s 2016 local Set of the Year but with some added elements that are localized for the station. The primary anchor area is wrapped in two Primeview video walls, one directly behind the curved anchor desk and another at an angle camera left. The larger of the two spans 16 feet, while the smaller one comes in at about 12 feet wide.

The video screens can display either the Miami skyline or specific story graphics. The design walls can be shot at multiple angles, which allow producers to utilize video to tell stories.