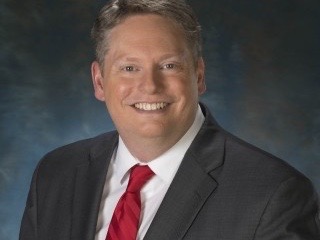 WSYX meteorologist Marshall McPeek apologized for his impromptu comments during the closing ceremony at the 2018 NLGJA conference over the weekend, saying that they tarnished a relationship with an organization he cherished for 20 years.

In a lengthy apology on Facebook, the Columbus meteorologist said he’s regretful.

I sincerely apologize to everyone who was hurt or impacted by my ill-thought-out and highly insensitive comment during the closing of the 2018 NLGJA convention on Saturday. While on stage, I failed to be thoughtful about my word choices and realize it is the impact that matters. The instant the words were out of my mouth, I realized it was an egregious error in judgment. I fully understand that my comments were hurtful and insensitive and I am deeply sorry for the pain they have caused. Those thoughtless remarks have tarnished my relationship with an organization that I have cherished for more than 20 years.

McPeek was the emcee of the convention’s closing ceremony on Saturday in Palm Spring. In his opening remarks he addressed the audience as “ladies, gentlemen, things and its.”

“As a gay man, I have been on the receiving end of hateful words and judging glances, especially while being ‘out’  in high-profile positions in television news. So, I am especially saddened by the irony that my poor choice of words has hurt others in the same way,” he continued to say on social.

You can read McPeek’s full apology below.