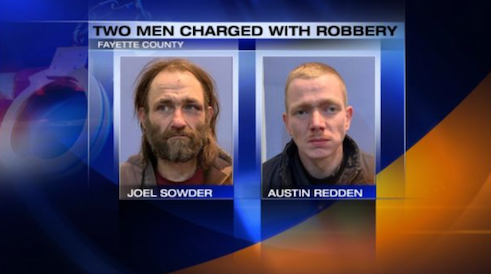 Three West Virginia men are facing felony charges after allegedly breaking into the transmission tower facility for WOAY in the Bluefield–Beckley–Oak Hill market.

The station said someone drove around a locked gate and stole “large amounts” of copper wire and conduit, as well as three large tarps from the towers. During the investigation, deputies found security footage showing the thefts occurred over multiple days and involved multiple subjects.

The Thomas Broadcasting owned ABC affiliate reports Joel Sowder and Austin Redden have been charged with felony grand larceny and destruction of property. The station also said major damage was also reportedly done to some storage buildings and replacement parts for the towers.

The Fayette County Sheriff’s Department is looking for a third man in connection to the crime.