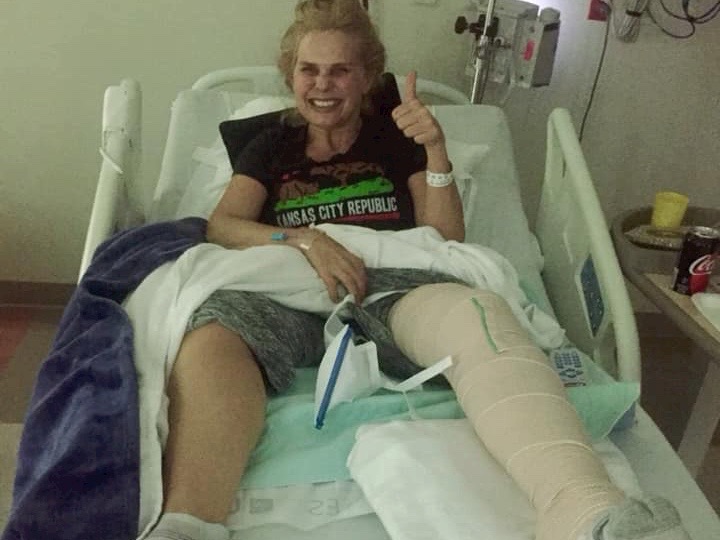 WATN morning anchor Amy Spears Speropoulos is recovering in the hospital after she was hit by a car while riding her bike near Memphis, Tenn.

“Amy was riding her bike yesterday and was hit by a car, head-on. She broke her leg in two places and is in the hospital. It’s unknown at this time if Amy will need surgery,” the station said in a Facebook post.

Speropoulos anchors the station’s morning show. She told the local paper that she suffered two breaks, two fractures, and twisted cartilage in her leg, and has been told by doctors to stay off of her feet for three weeks. At that time, she’ll be reevaluated for surgery.

“I’m so grateful God was indeed watching over me,” Speropoulos said to the paper.

It’s unclear when she will return back to work.