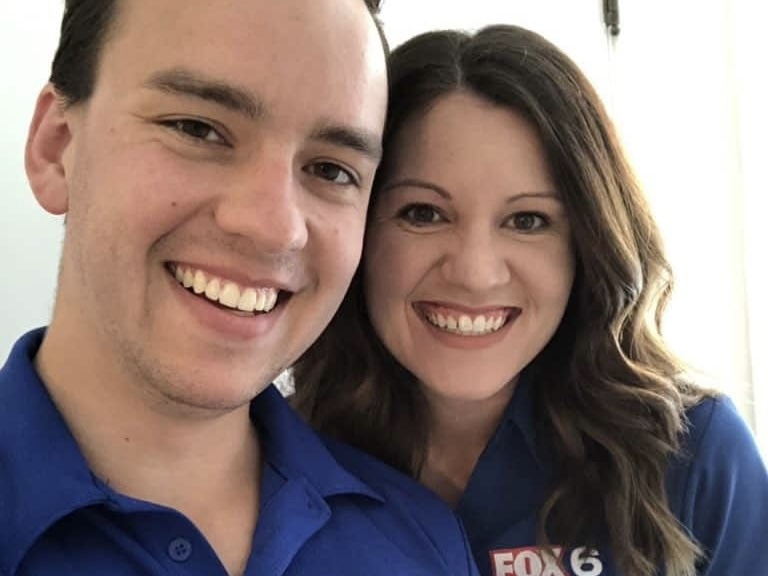 In Milwaukee, two meteorologists who happen to be married and work at competing stations have been working from the same room with a two-year-old daughter since March.

And if you can believe it, they’re still married!

Justin Thompson-Gee, who works for the CBS affiliate, and Stephanie Barichello, employed at the Fox affiliate, are forecasting in harmony, according to an interview with the Washington Post.

The couple work from the basement and film from the same studio, using slightly different camera angles. Recently though, they were slotted to go on the air within two minutes of one another.

“When we first started, we were both in our living room with our toddler’s toys everywhere, both using Skype,” Barichello said. “I’d move my chair to a different spot so it looked a little different.”

Barichello told the Post that there have been plenty of onscreen bloopers, especially with their daughter.

“There was a moment over the summer when I was in the basement already; she was playing with that little toy corn popper machine,” Barichello said. “She’s running by while I’m on air. …There’s been some comedic moments, but I think a lot of viewers really enjoy that. Viewers …see a glimpse of [our] lives.”

You can read more of their story here.