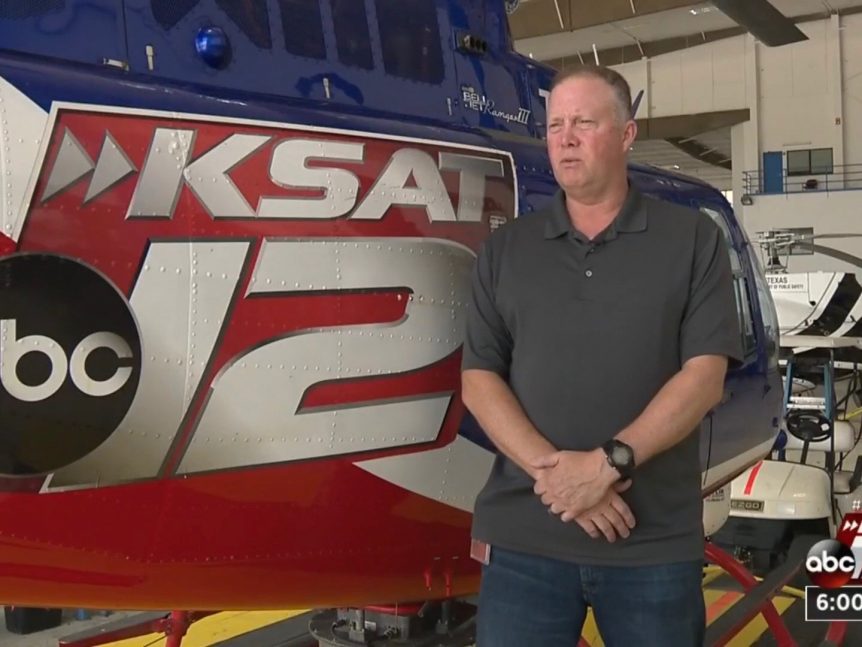 A San Antonio helicopter pilot was covering news for KSAT, when he became the news himself.

On Monday, William “Dusty” Brittain, was flying 1,500 feet in the air over downtown San Antonio getting beauty shots for the newscast when he says a green light filled the cockpit.

“(It was) very distracting, very disorienting, initially. Luckily, I was hit on the side of the aircraft instead of straight on. In the past, I’ve been hit straight on, and it can be very debilitating, can damage your eyes,” he said.

Brittain flew around the downtown area to find the light source. That’s when they got hit again. The photographer who was with Brittain zoomed in and located someone with a laser near the bus terminal. They called in the incident and cops made an arrest.

The person who was shining the light will likely face federal charges.