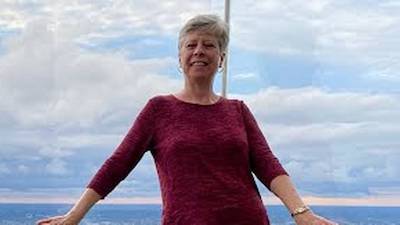 The man accused of killing a WRAL editor last month has confessed to driving the van involved in the fatal hit and run.

Aldair Leon-Olluas is accused of hitting editor and researcher Erin Simanskis and another driver in January after the two got into a fender bender in a snowstorm.

Leon-Olluas was arrested in Georgia at a family member’s home. He is being held on a $1 million secured bond on nine charges, including Felony hit-and-run causing serious injury or death, driving without a license and possession of an open container in the passenger area.

Prosecutors say that the other driver is still being treated for his injuries. His foot was almost severed in the crash and he also suffered damage to his heart valves.

Leon-Olluas, who is from Mexico, had been deported twice before and was in the United States illegally at the time of the crash.

WRAL said Simanskis’ husband, Ed Simanskis, was in court Monday to face Leon-Olluas and told the Raleigh, N.C. NBC affiliate, “The sentence doesn’t really matter as long as he knows what he’s done, not only to our family but our extended family and the community as well.”