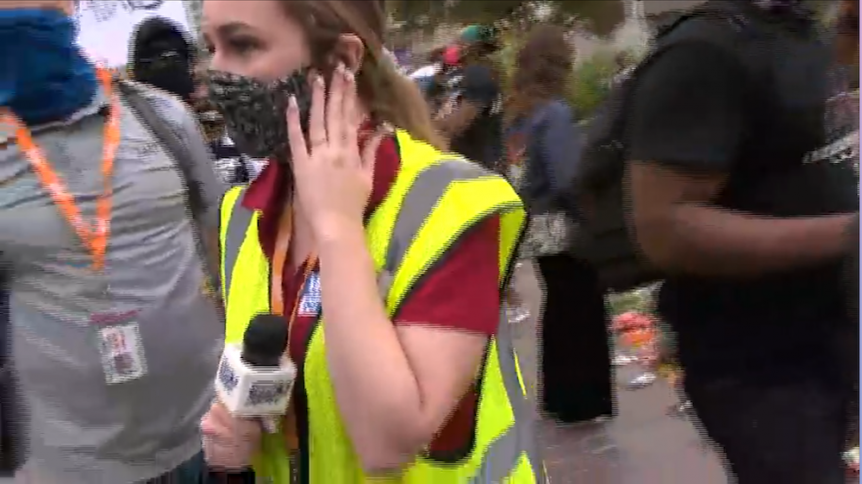 The same reporter-photographer crew who police shot at with pepper balls while covering protests in Louisville, Ky., earlier this year has once again had a negative experience reporting on the scene.

WAVE’s Kaitlin Rust and James Dobson, who were covering protests that broke out in the city following the announcement that only one officer would face charges related to the death of Breonna Taylor, had to be escorted away after they were covering a protest Wednesday night.

In a video that the station posted, you can see the crew preparing for a live shot when a shirtless man approaches, yelling expletives. A security guard protecting the crew pushes the man out of the way, and the crew goes to move elsewhere. “Can we stop?” Rust asks as protesters continue yelling and asking why they are at the scene.

The man continues yelling and pacing around the WAVE 3 News team. At one point he yells, “Get the fuck out of here!”

Several seconds later as the crew continues walking away, Dobson’s camera shakes and falls to the ground. Dobson later told the station a person in the crowd pulled on his arm and camera, knocking the camera to the ground and breaking it.

“Hey! Can we not?” Rust is heard asking. Through the broken camera, some protesters can be heard apologizing.

You can watch the entire encounter here.