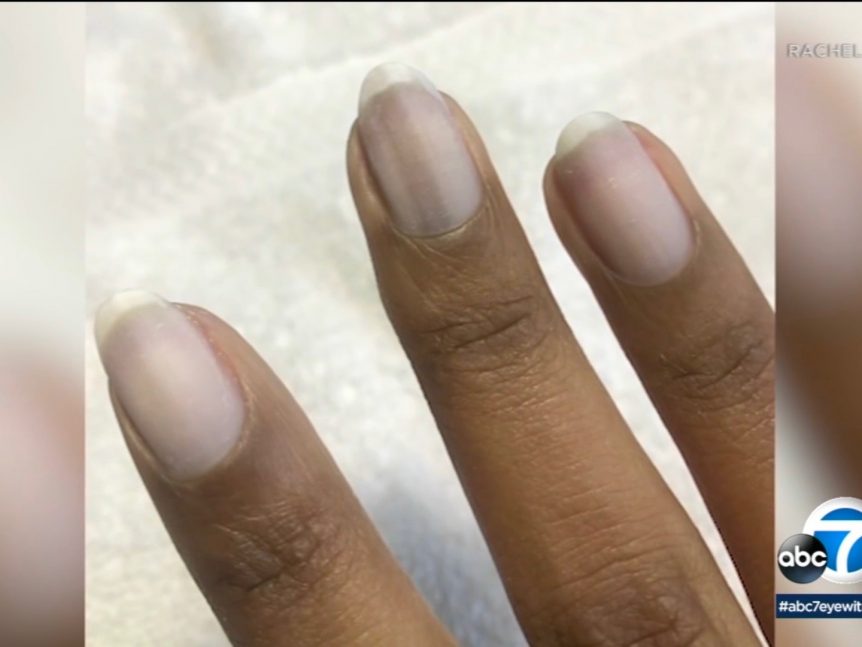 KABC anchor Rachel Brown’s last manicure before Covid-19 hit turned out to be a frightening one.

“I noticed a vertical streak on my finger, a dark line, and I asked [the nail tech] to tell me what she thought it was,” the reporter recalled in a story for the Los Angeles station. “And she said, ‘Sometimes it can be a sign of melanoma.'”

Brown promptly made an appointment with two dermatologists, as the vertical line can signal a dangerous form of subungual melanoma that is often found under the fingernail.

Doctors had to remove Brown’s nail bed in order to biopsy it. Luckily, after two weeks, the results were good: the discoloration ended up being benign.

“If you see something that concerns you, better safe than sorry,” Brown said. “Talk to a doctor.”

A few days later, Brown’s boyfriend proposed to her—as she rocked a huge bandage on her finger!

You can watch the entire story below.