NEXT:Police Looking for Woman Who Spat on Greensboro Reporter
PREVIOUS:Seattle Photojournalist Inside News Car While It Was Being Stolen 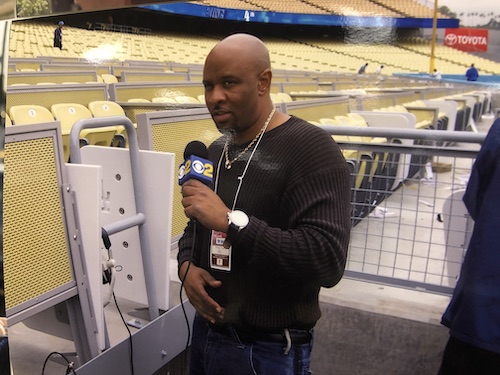 Rodney Hunt, photographer and editor for CBS-owned station KCBS-KCAL, has died due to complications from Covid-19.

Hunt worked in news and sports at the Los Angeles station for 22 years and had been on leave since December.

In an email sent to staffers, Hunt was described as a devoted father to his son, Rallante Hunt, and daughter, Gabriela Perez Hunt.

Hunt was a fixture in the boxing and mixed martial arts world and helped promote local fighters. He appeared on Celebrity Family Feud a few years ago with some of his friends from the boxing community. Click here to view the video.

He is survived by his partner, his son and his daughter.