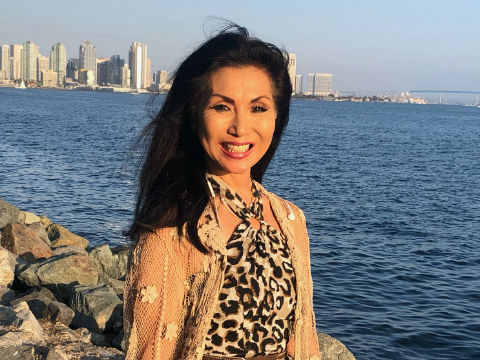 After 17 years as a mainstay in San Diego local news, Sasha Foo has left the television news business.

“It’s been a tremendous ride, but the pandemic and the events of the last seven months have given me an opportunity to reassess and reevaluate some of my life goals,” Foo told the Times of San Diego. “As someone has recently told me, ‘If you want to explore new waters, you have to lose sight of the shore.’”

Foo declined to share more on her future plans—“I would prefer not to be specific right now,” she said—but she’s not going into communications. She plans to stay in San Diego.

“I look forward to managing my time differently than with a 40- to 50-hour-a-week job,” Foo said.

Foo’s first broadcasting job was in Philadelphia in the 1980s, where she worked as a news writer for KYW Newsradio. She quickly made the switch to on-air reporting, which spanned the country. Over the course of her career, Foo worked in both local and national news, including at CNN, where she was the network’s first Asian-American news anchor.

“Sasha and I have been colleagues since KCOP in 1995 and I brought her to KUSI,” said Steve Cohen, KUSI’s news director. “She is unique as a storyteller and more as a thoughtful, empathetic person. She always brought her entire being to the task of reporting on this community. We have been through a great deal together and I will miss her presence, but will always carry her spirit within me.”