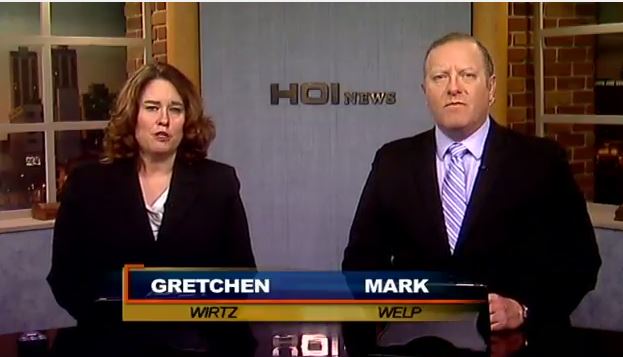 Changes are coming to Peoria’s ABC affiliate and that will include the departure of morning anchors Gretchen Wirtz and Mark Welp, reports the Peoria Journal Star.

Wirtz and Welp had co-anchored the morning show for 11 years on WHOI, making them the longest-tenured co-anchor team in the Peoria-Bloomington market (#118). They may remain with the station in reporting roles.

Station gm Mark DeSantis wouldn’t comment on the departures, but did tell the newspaper, “We’re investing a lot of resources in relaunching WHOI this year. We’re rebuilding WHOI pretty much from the ground up.”

Last year, Quincy Media acquired WHOI’s ABC affiliation and moved it from its longtime home on Channel 19 to digital channel 25.2, a sub-channel of Peoria’s NBC affiliate WEEK, which Quincy also owns. The WHOI call letters and frequency remain part of the Sinclair-owned Channel 19 (which now airs old movies all day), but the Quincy-owned operation continues to use the HOI-19 news branding.