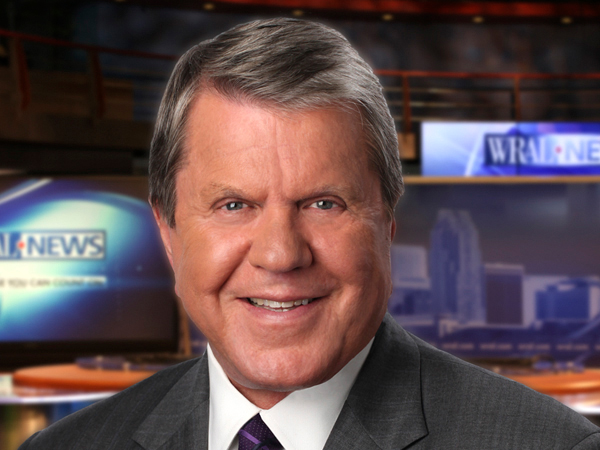 Longtime Raleigh anchor, David Crabtree, will retire next year to take a role with the Episcopal church.

He has been WRAL’s lead male anchor since 1994.

“David is one of the most seasoned and talented journalists in the country,” says WRAL-TV News Director Rick Gall. “On the anchor desk, his compelling and engaging delivery stand out. He’s outstanding during breaking news and continuous coverage when the stakes are highest. Our viewers have truly depended on him,” WRAL news director, Rick Gail said.

Crabtree grew up in Tennessee and started in radio at WKDA-AM. He took a break from news to take a job in politics before getting back into television as a reporter at WNGE, which later became WKRN in Nashville.

“I thought I would be there three years, four tops,” Crabtree said in a story on the station’s site.

He has been at the Capitol Broadcasting owned NBC affiliate for 23 years.

Crabtree is working on his master’s in Theological Studies from Duke University Divinity School. He’s set to graduate in Spring 2018.

You can see the full story on WRAL’s website.