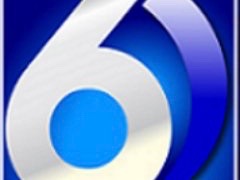 6News in Lawrence, Kansas will shut down later this summer.

The station announced today that its parent company, Midco, is expanding its sports network so the news operation will go away.

“With the increased emphasis on local and area sports, they will dissolve Channel 6 and 6lawrence.com, which includes local origination programming and 6 News,” the statement said.

6News serves the cities of Lawrence, Eudora, Tonganoxie, Basehor, Linwood and Piper just west of Kansas City. The station has been in operation for 45 years.