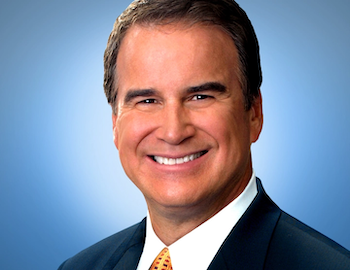 KCNC anchor Jim Benemann will retire at the end of the year, after spending 36 years of his 44-year TV news career in local broadcasting.

Benemann has anchored at the Denver CBS-owned station since 2002 and is one of Denver’s longest-running evening TV news anchors. He’s anchored alongside Karen Leigh since 2008.

“It’s time to spend more time with our amazing crew and also visit some of the bucket list places we’ve always dreamed of seeing but have never found the time,” said Benemann. “We’re blessed with good health, but tomorrows aren’t guaranteed. And there is so much we hope to do.”

The station said Benemann and his wife Karen have “a Brady Bunch family of eight children and five grandchildren.”

“Jim is an outstanding journalist and an exceptional communicator,” said general manager Tim Wieland. “He actually worked with our station in the 1990s, then left for a brief stint, but came back to CBS4 in 2002 and has been here ever since. His passion for his work and his commitment to our community make him one of the most respected broadcasters in Colorado.”

“We are sad to see Jim leave the CBS4 family but wish him the best in his retirement,” said news director Kristine Strain. “He’s been the heart and the face of Denver TV for more than two decades—and during that time he has volunteered to emcee hundreds of events for nonprofit organizations. We hear from so many viewers who have met him at events, ranging from the Denver Center for the Performing Arts gala, to Food Bank of the Rockies fundraisers, the Colorado Business Committee for the Arts annual awards ceremony and countless others. He really touches lives and will be missed!”

He started his career in Davenport, Iowa. Before coming back to KCNC where he anchored in the early 90s, he worked at KUSA in Denver and at KGW in Portland, Ore.