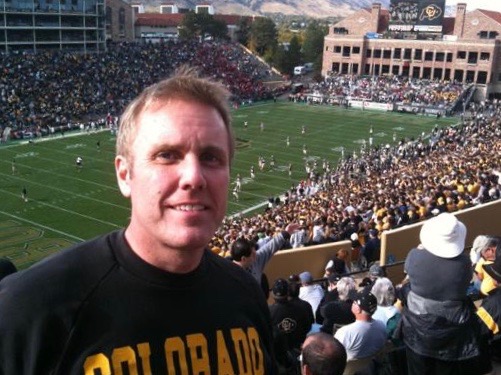 Colorado Springs, Colo., is mourning the loss of anchor Don Ward, a longtime fixture of the city’s local news.

Ward, 55, died on Aug. 24 while hiking, KKTV announced on its Facebook page.

“It is with heavy hearts we have some tragic news to share at 11 News,” the post read. “Anchor Don Ward passed away earlier today, doing what he loved while hiking in the mountains.”

It’s believed that Ward died of a sudden heart attack. The coroner’s office, which is conducting an autopsy, said in a statement that he died near the summit of Mount Cameron in the area. His death is not considered suspicious.

Ward, a Colorado Springs native, had been a staple on the town’s airwaves, where he first began broadcasting in 1988. He had been an anchor at KKTV since 2006.

In a recent interview with The Gazette, Ward said he was honored to be working in his hometown.

“I couldn’t have expected 31 years ago when I was getting started that I would end up with a main anchor job in my hometown,” Ward said then. “It’s an honor to serve the community where I grew up. My very first job was at Baskin-Robbins at Flintridge and Academy when I was 16. I have a feeling this will be my last job, so it’s full circle in Colorado Springs.”

KKTV will share tributes to Ward throughout the week.