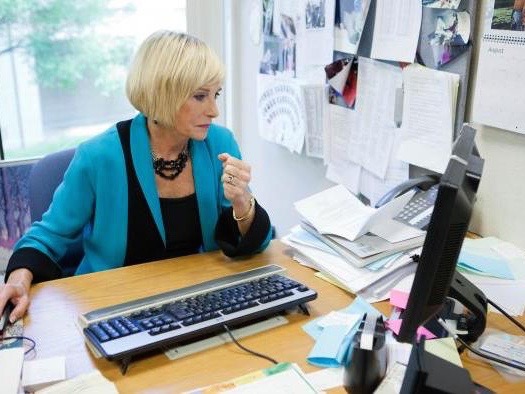 Longtime Chicago journalist, WTTW reporter and triathlete Elizabeth Brackett passed away Sunday. She had been in a coma and on a ventilator since last Wednesday. She suffered a fractured vertebrae in her neck. She was found unconscious along a bike path.

“All of us at WTTW are devastated by the news of Elizabeth’s death,” said Mary Field, executive producer of Chicago Tonight. “She is a friend and beloved colleague, and her loss will be felt not only here but in Chicago’s journalism community, of which she was a highly respected member, and among her many friends and competitors in the athletic world.”

In 2014, Brackett stepped down as a correspondent for Chicago Tonight. She continued as a contributor to the public television’s nightly show.

Chicago Mayor Rahm Emanuel praised Brackett. In a statement he wrote, “While Elizabeth rightfully received nearly every journalism award under the sun, anyone who knew her knew her passions stretched beyond the bounds of her career and that her greatest treasures were her beloved children. I will deeply miss our conversations about family, politics and triathlons.”