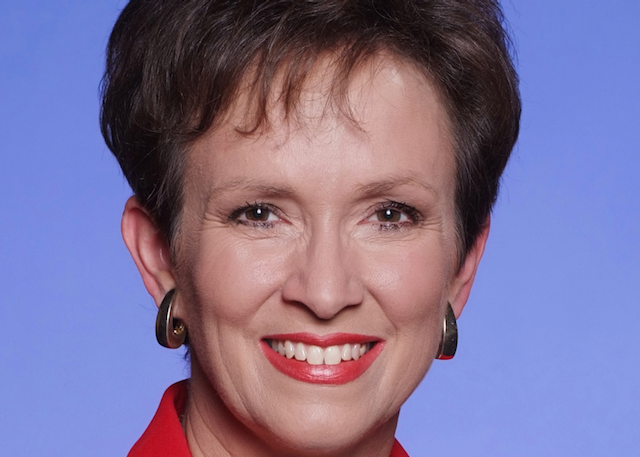 Britt, who retired from the station in 2018, died peacefully at home surrounded by family, her husband Mark Ballard told The Advocate newspaper. She was 62.

Britt was a beloved personality both on and off the air. Born in Biloxi, Miss., Britt broke into radio as a disc jockey at radtio station WYNK before moving to WAFB in 1981. For the next four decades, she was a fixture at the station, eventually anchoring the 6 p.m. and 10 p.m. newscasts.

In 2017, she was diagnosed with ALS, which affects nerve cells in the brain and the spinal cord. She retired only when the degenerative illness began interfering with her ability to deliver the news on air.

“The best anchorwoman I ever worked with was Donna Britt,” George Sells, her co-anchor from 1988 to 2012, told The Advocate. “I’m talking about aggressiveness, ability to dig out a story on the telephone when nobody wanted to give it to us. … She could write.”

In her spare time, Britt was also an active member of the community. A trained band director, Britt composed music for the Louisiana Public Broadcasting instructional series. She also served on the executive board of the Salvation Army for nearly two decades.

“To know Donna was to love her, and thousands of our community members undoubtedly did,” Baton Rouge mayor-president Sharon Weston Broome told The Advocate. “Not only was her talent as an anchor a part of the fabric of our community, but her heart for the people of Baton Rouge was evident in her endless service and the generosity of her daily actions. She poured her life into this community, and we are all richer for it.”

Britt is survived by her husband as well as her son, Louis Ballard, and her daughter and son-in-law, Anne and Alec Yonika.