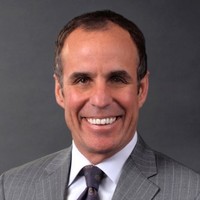 The longest serving gm in the CBS Stations group is retiring at the end of the month.

Walt DeHaven, vice president and general manager of CBS owned Denver station KCNC, is retiring on July 30 after what he called a “long and wonderful career in broadcasting.”

“I have lived in and served some of the best communities—19+yrs here in CO,” he wrote on Twitter. “To the thousands of great broadcasters and journalists I have had the honor to work with—THANK YOU.”

Wendy McMahon, president and co-head of CBS News and Stations, had good things to say about DeHaven, telling Denver staffers, “Walt’s importance to our organization has been defined not only by his longevity, but also by his leadership, poise and the passion he has for caring about the communities we serve, our clients and all of you.”

Last week, the gms of WBBM in Chicago and KCBS in Los Angeles were let go after what the station group called an “extremely thorough and exhaustive” look into its organization and culture.

DeHaven, who was named gm of KCNC in 2002, started his career in the sales department of WPMT in Harrisburg, Pa.

He has a total of 34 years with the Viacom and CBS Television Stations groups. Before coming to KCNC, DeHaven was the gm of WBBM in Chicago. He’s also worked as gm of WPSG in Philadelphia, KTXA in Dallas and KRRT in San Antonio, Texas. DeHaven was the evp of WSBK in Boston and WLWC in Providence, R.I. when they were owned by the Paramount Stations Group. DeHaven also oversaw management operations for all Paramount stations in the northeast during that time.