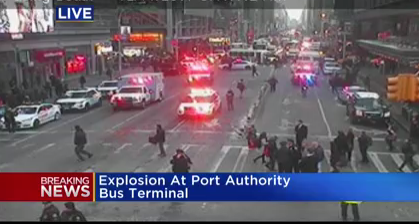 Local stations in New York City are all hands on deck as they continue to cover this morning’s attempted terror attack steps from Times Square.

All stations broke into programming in the 7 a.m hour. Both WPIX, the CW affiliate and WNYW were in the middle of their local morning shows when news broke.

WPIX anchor Dan Mannanrino delivered the news right after a traffic report. TVSpy was told the station redirected morning reporter Anthony DiLorenzo to the scene. He was covering another story nearby. 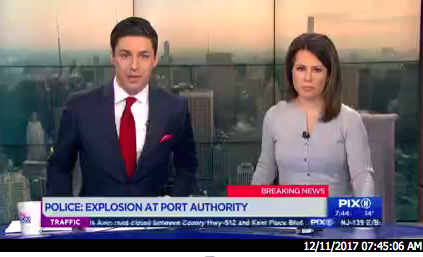 During Good Day New York, anchor Rossana Scotto tossed to a live view of the scene and told viewers about the suspected pipe bomb explosion at the Port Authority. Later in the show, morning reporter Liz Delham did live shots from the scene. 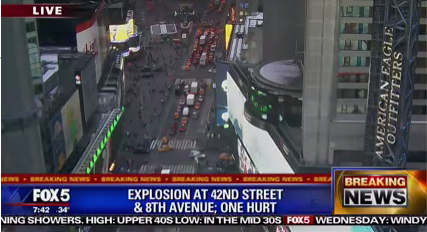 WCBS broke into CBS This Morning, as did WABC during Good Morning America. Morning anchor Shirleen Allicot handled the break-in for the station with details about the incident and traffic information. 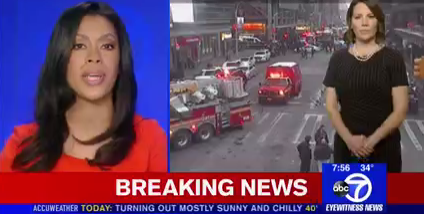 Savannah Guthrie handled the break-in with a special report for Today. WNBC has since taken over continued live coverage with morning anchor Darlene Rodriguez and reports from chief investigative reporter Jonathan Dienst, traffic updates from Lauren Scala and reporters Erica Byfield and Andrew Siff in the field.

NY1, the 24 hour Spectrum owned cable network in New York City, has been covering the story since it broke and continues to provide updates online.

All affiliates have carried continued coverage as news continues to develop.