Americans are increasingly turning to their local newscasts for the most up-to-date information on how the COVID-19 pandemic is affecting their own communities.

Local news has posted a gradual increase of +7% in total viewers between early February and the week of March 9.

As COVID-19 began its spread across the U.S., rising local news viewership tracked alongside the regions where the most cases have been reported. Washington State was hit earlier than other regions, and San Francisco, Los Angeles, Sacramento, Calif., and Seattle (and the Orlando, Fla., DMA) had the most significant increases in local news viewing.

During the analyzed period, local news viewing among adults 25-54 was up +38% in the San Francisco-Bay Area; news viewing in L.A. was +25% among the same age demo.

New York, presently the epicenter of the COVID-19 pandemic in the U.S., hasn’t seen quite as much growth as some of the other DMAs, but that could change once ratings data for the week to-date rolls in. 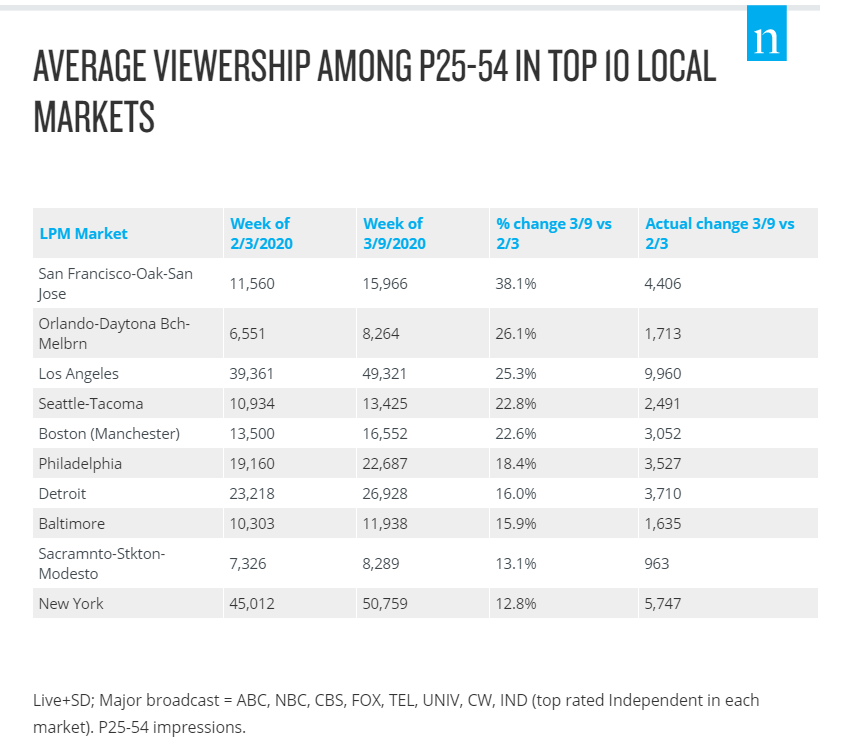 The most interesting growth is happening among non-adults. Local news viewing is seeing +20% growth in people 2-17. 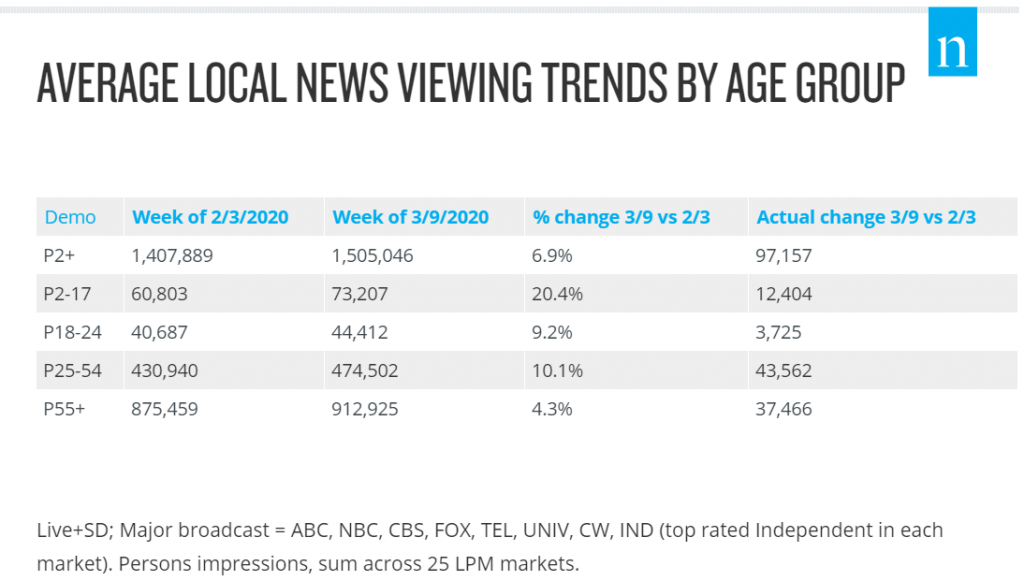