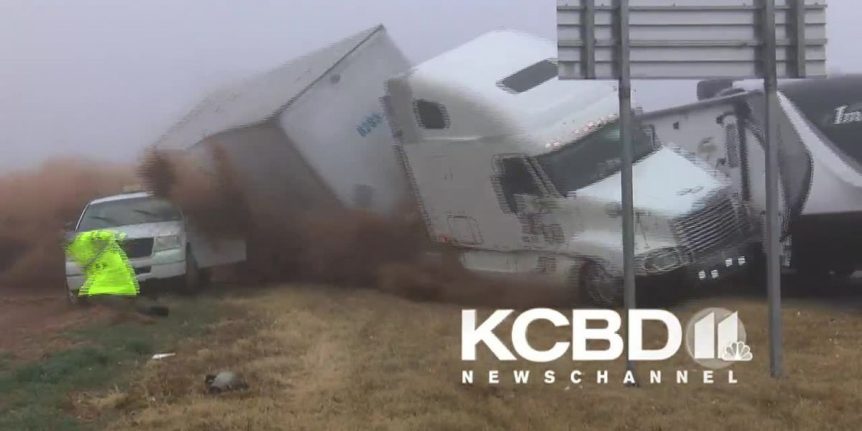 A KCBD crew shooting video of an accident investigation Friday, illustrated the dangers of working on the side of a freeway when they captured spectacular video of a semi-truck crashing into several vehicles.

Two people, including a Texas state trooper, were injured in a chain of accidents involving three semi-trucks. The trooper has since been released from the hospital.

After a crash blocked westbound lanes of US 84 in Slaton, Texas, several vehicles crashed into the back of a second semi that had jackknifed and stopped in the center median.

“A third semi was traveling eastbound approaching the scene when a red SUV changed lanes in front of it, causing the driver of the semi to jackknife and roll it over onto its side,” reports the Lubbock NBC affiliate. “Troopers on scene ran from the semi as it slid on the roadway into the barrow ditch.”

The injured trooper suffered a sprained ankle and some bruising. The second person is still in the hospital and is under observation.

KCBD reports the only citation issued has been to the driver of the first jackknifed semi-truck for unsafe speed.