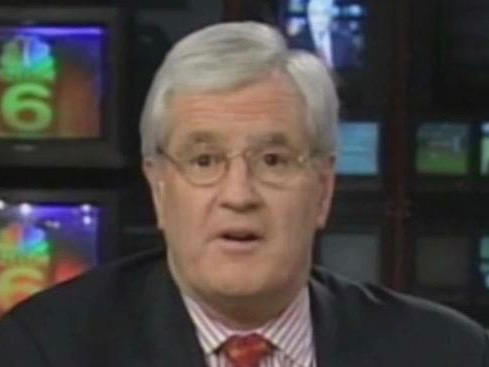 Ike Seamans was an institution in Miami for decades. Today, broadcasters are mourning the loss of the former WTVJ reporter.

Seamans passed away at 80, after a long battle with prostate cancer.

His career started at the NBC station in Miami. After a decade of reporting locally, he joined NBC News as a foreign correspondent before returning to NBC 6, where he spent another 10 years.

Seamans retired in 2007. His cancer returned last year after being in remission.

Journalists from across the country who crossed paths with Seaman, shared stories about the longtime reporter upon hearing the news.

Heartbroken to learn that my friend, former colleague and mentor, Ike Seamans, has died. The legendary NBC News correspondent and WTVJ reporter fought a courageous battle with prostate cancer for the last two years. pic.twitter.com/7rap9F6N2P

Seamans is survived by his wife, Mary, as well as his three children and six grandchildren.