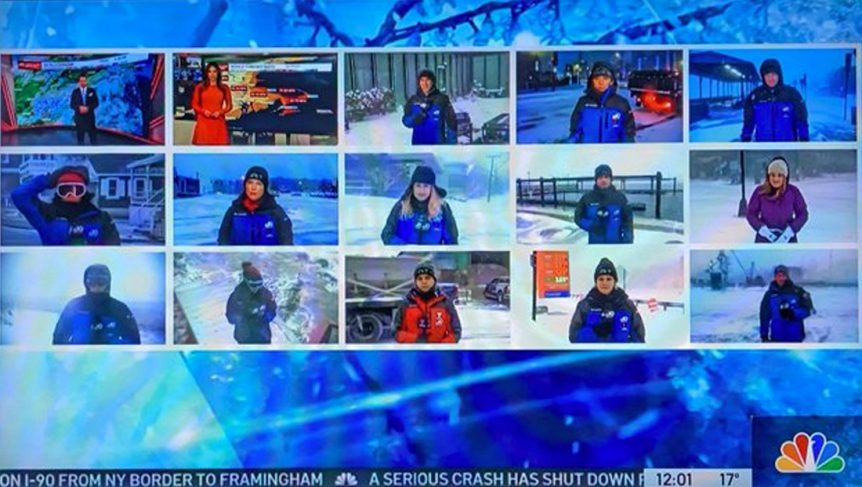 As many of you either experienced firsthand or, like TVSpy, witnessed through the magic of local streaming services, a winter storm brought icy temps and dangerous conditions to the East Coast over the weekend.

In an effort to keep viewers informed, stations sent multiple reporters and anchors outside to show what was happening in the local neighborhoods. 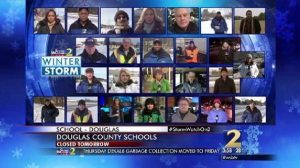 This led to the reappearance of the mega-box-a-palooza, or simply the multi-box. The multi-box is a visual proof of performance showing how many reporters are out in the field during any given weather event.

Newscast studio declared the winner this weekend was Boston NBC owned station WBTS, which threw down with a 15 box (above right), though we are reminded that nothing can beat the 25 box (left) used by Atlanta’s WSB in 2014.

WHDH in Boston did an in-studio mega-box-a-palooza with 12 reporters (below) which included some folks who were either working from home or in the studio given the suits they’re wearing. 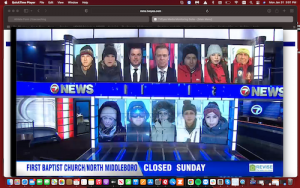