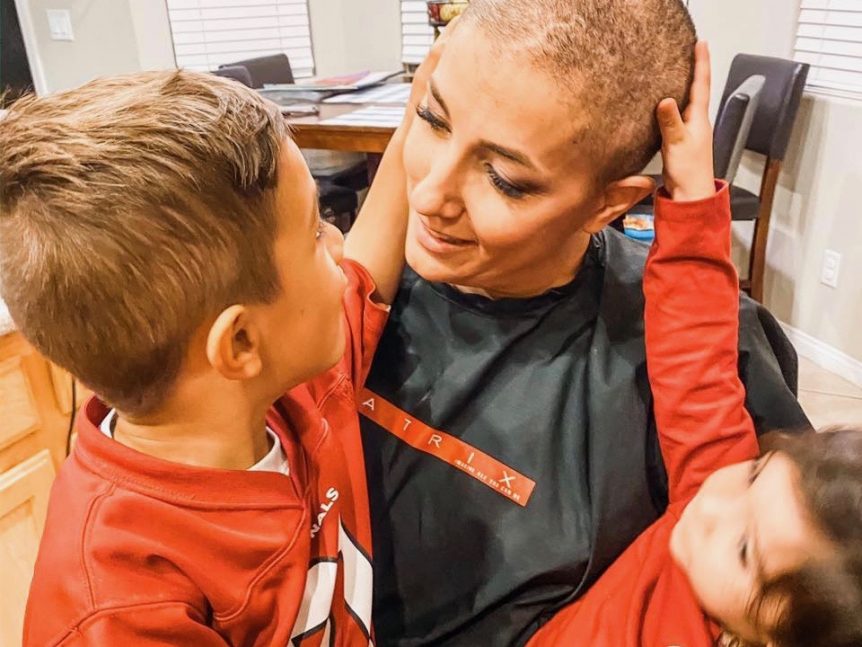 KSNV longtime anchor Michelle Velez says she had plans and life said to heck with it.

First, it was to step down from her role in Las Vegas as evening anchor to be with her two kids as a full-time mother.

But shortly before she planned to sign off, Velez was diagnosed with cancer.

So she stepped down and got treatment and beat the disease.

Now that she’s recovered, Velez’s plan was to go back to KSNV until November with her co-anchor Krystal Allan. But instead, the pandemic happened and she says her plans to step down have been sped up.

Yesterday, she joined Allan via Skype to announce she would not be returning to the station, after more than a decade there. Instead, she and her family will be packing up and moving to Arizona.

“This is so bitter sweet for me because I never got the chance to say goodbye. 🥺 After many years of hard work and dedication, I am finally taking time off to be home with my family and raise my kiddos. This is NOT a result of my cancer diagnosis. The truth is, I was just weeks away from announcing my departure when I got sick. Our plan was to move back to Arizona because life all alone with two littles has not been easy. We want to settle, buy our forever home, and be home more for our kids. When I got sick, we had to put all of that on hold. We weren’t sure how things would turn out, but thankfully my treatment worked 🙌🏼 Unfortunately, the pandemic has complicated things so we had to make a few adjustments—but we are still moving and I will taking on a full time mommy role for now. We are leaving at the end of April and will be staying with family until the quarantine is lifted,” she wrote in a Facebook post.

As TVSpy reported, Velez developed a rare cancer as a result of an abnormal pregnancy.