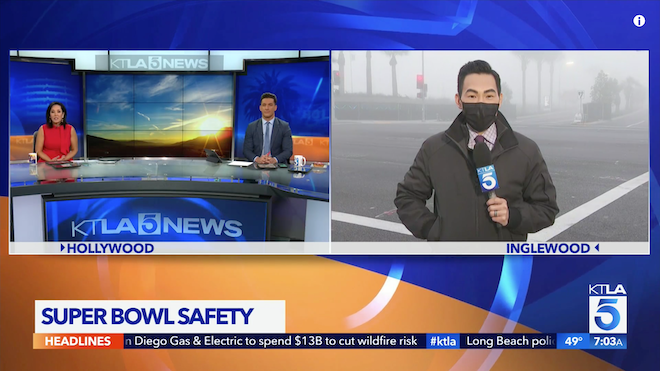 On Sunday’s KTLA morning news, reporter Gene Kang revealed his personal journey as a survivor of child abuse. As morning anchor Lynette Romero said, he “opened his heart and soul.”

Kang first opened up about his experience in an Instagram post, where he says an encounter with a homeless woman who told him she was the victim of domestic violence reminded him of his own experience of abuse as a child.

“For those of you who really know me (beyond the TV guy), you know that I’m a fighter and survivor,” the Los Angeles reporter wrote in the post that started the discussion. “My mother was a domestic violence survivor, I survived child abuse. Today my family has totally transformed, we’ve created harmony and forgiveness after so many years.”

Though it’s been debunked, many believe Super Bowl Sunday is the most dangerous day for abuse victims. “There are spikes, but the fact is that [domestic violence] is pervasive and growing at all times, so it is not limited to one segment of our society, it is not limited to one time of year,” Mary Riedel, president and CEO of Women in Distress of Broward County recently told The Miami Herald. “It is pervasive. It happens every seven seconds.”

Kang told viewers to never give up and recommended resources for those who might be experiencing abuse.