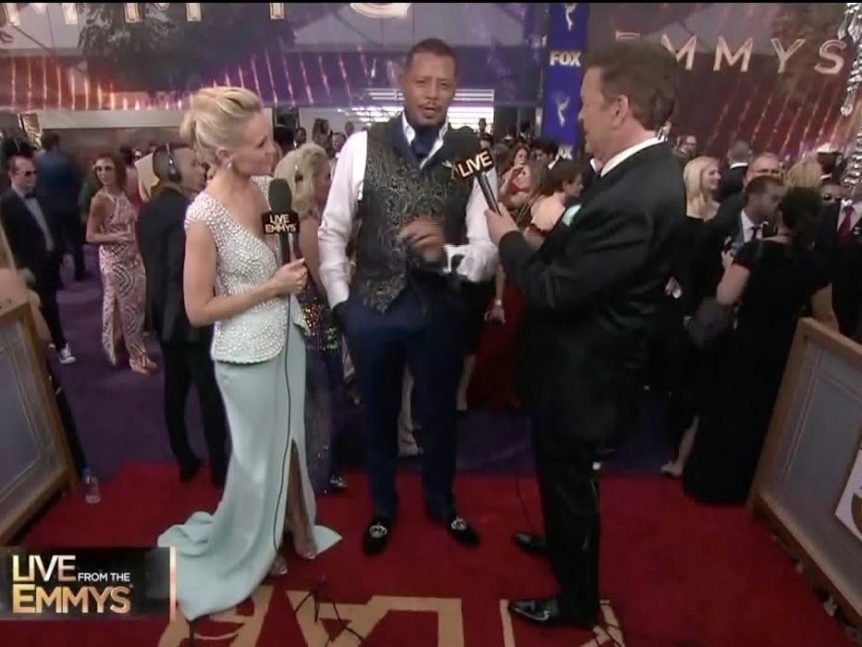 Not for what they did or said, but rather for how they held it together on the Emmy’s Red Carpet during a mind-blowing interview with actor Terrence Howard.

The Empire star, who recently announced he was retiring from acting, started to explain why he was leaving. But his answered baffled everyone.

He said he was “able to open up the flower of life properly” to discover 10,000 year-old secrets that even “Pythagoras was searching for,” so he’s leaving acting to bring those theories to the world. “Why would I continue, you know, walking on water for tips when I’ve got an entire generation to teach a whole new world to?”

To which Rubin responded, “that’s a big remark.”

And it didn’t end there. Howard continued to talk about how he plans to prove gravity “is only an effect and not a force” during his Hollywood star ceremony.