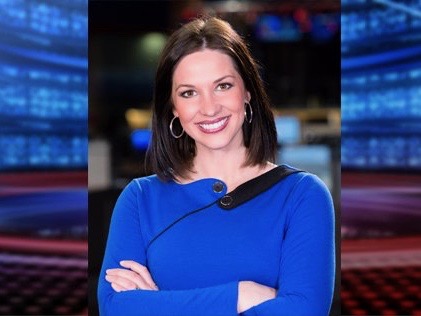 Earlier this month we told you legendary Salt Lake City anchor Hope Woodside was stepping down from KSTU, the Tribune-owned Fox affiliate.

Yesterday, the station announced her replacement. Weekday morning anchor Kelly Chapman has been promoted to the afternoon and evening anchor role.

She will co anchor the 4 p.m. with Max Roth and work alongside anchor Bob Evans for the 5, 5:30 and 9 p.m. newscasts. Evans has been with the station for 23 years.

“Kelly is a dedicated journalist and an outstanding communicator whose personality shines through the screen,” said news director Marc Sternfield. “She has been an important part of our successful morning newscast and will be a strong addition to our afternoon and evening news.”

Chapman is a former Miss Utah USA. She joined Fox 13 as a weekend morning anchor moved to California where she worked in Sacramento and then returned to the station.