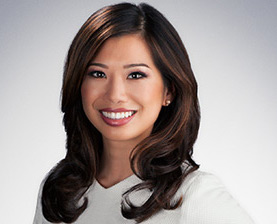 KPIX reporter Betty Yu is responding to the racist remarks a conservative YouTube host made about her this week.

In an interview on Thursday, Yu, who has worked at the San Francisco CBS-owned station since 2013, said it was “so important to not be passive” in the wake of racist remarks, especially because of the rise of anti-Asian attacks in the Bay Area.

“You know, it’s going to take a lot of time because—here we are in 2021—and what’s triggering about that is, what gave this guy the authority to decide what’s Americanized?” Yu said in the interview. “That’s triggering and that’s racist. When I look back, what’s most shocking to me is the casualness of the racism—this kind of unbridled hatred and the mockery. All of it.”

Yu said she wanted to give a voice to the people she said “don’t have the support of a corporation, colleagues and other people in the industry.”

“It made me think about people who don’t have this sort of outlet to not just air their grievances but to really take racists to task,” she said.

During his online show on Wednesday, conservative show host Steven Crowder said Yu had “an aggressively Asian face” while he was showing her report about the closing of San Francisco’s only In-N-Out burger for failing to check customers’ vaccination status.

Since the remarks were publicized, Yu said she has gotten support through calls, texts, emails and social media posts from colleagues across the country.

You can watch the entire interview below: