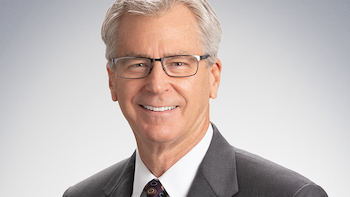 KPIX anchor and reporter Allen Martin is retiring from broadcasting.

Martin started at KPIX in 2004 as a freelance reporter covering the Scott Peterson trial. He then moved to the weekend anchor desk—and eventually became a weeknight anchor alongside Elizabeth Cook for the 5 p.m. news.

He started his career working at KLOS radio while in college at Loyola Marymount University in Los Angeles. In his senior year, he took a job as a disc jockey in Sacramento. The station said he would fly up to Sacramento to work weekends and fly back to school during the week.

In 1983, he moved to Atlanta for a job at a news talk radio station and then worked at CNN’s Radio network, before taking a TV writing job at CNN’s Headline News.

In 1986, he got his first job on-air in local TV at KHBS-KHOG in Fort Smith, Ark. He went on to work at KSBW in Salinas-Monterey, Calif. and at KFOR in Oklahoma City, before returning to Salinas-Monterey in 1998 to work at KION as anchor and assistant news director.

He plans to move to Central Oregon.