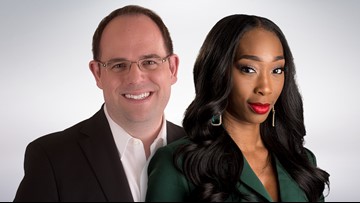 12News is welcoming a new era of news in Southeast Texas.

“DeJonique and Jordan are the news team Southeast Texas needs right now,” 12News’ news director Daniel Brown said. “The community has trusted them with some of the biggest stories in the last few years—from Harvey to Imelda—earning them a reputation to deliver the news with both passion and humility.”

Both of them have extensive backgrounds in news. Garrison is known in the community for her work on The Beat, a show on the NBC station.

Williams is native to Southeast Texas. He returned here after fives years off anchoring and reporting at WIVB in Buffalo, New York.