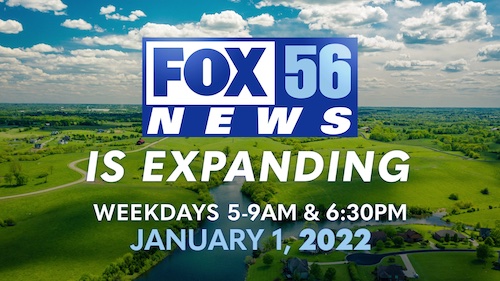 Nexstar’s Lexington, Ky. Fox affiliate WDKY is hiring more than 50 people to staff the planned addition of a new morning and evening newscast in 2022.

The station said it is adding a live four-hour morning newscast from 5 to 9 a.m. ET and a live 30-minute early evening newscast at 6:30 p.m. ET starting Jan. 1, 2022. To make it happen, the station is hiring more than 50 experienced journalists and news personnel to produce the shows, which will be broadcast from the station’s new state-of-the-art studios.

Monte Costes, vice president and general manager of WDKY, said the move is more than a rebuild—it’s a complete rebrand.

“The planning and preparation leading up to our launch and expansion have been very exciting for our team,” said Costes. “Our news will have a new look, a new brand, and new content offerings that reflect the community we serve and the type of product our viewers have told us they want. That local perspective affects every decision we make, including the people we hire.”

There’s no word yet on who will anchor the additional newscasts.

“The television news community knows we’re building something special in Lexington, and they want to be a part of it,” said WDKY news director Mark Glover. “We’re hiring some of the best and brightest in television, and many, like me, see this as an opportunity to come home. We’re also fortunate to have Lexington-native and Emmy Award-winning reporter Miranda Combs as our assistant news director. Our team is also being led by one of Kentucky’s finest journalists, our new, award-winning, managing editor, Marvin Bartlett.”