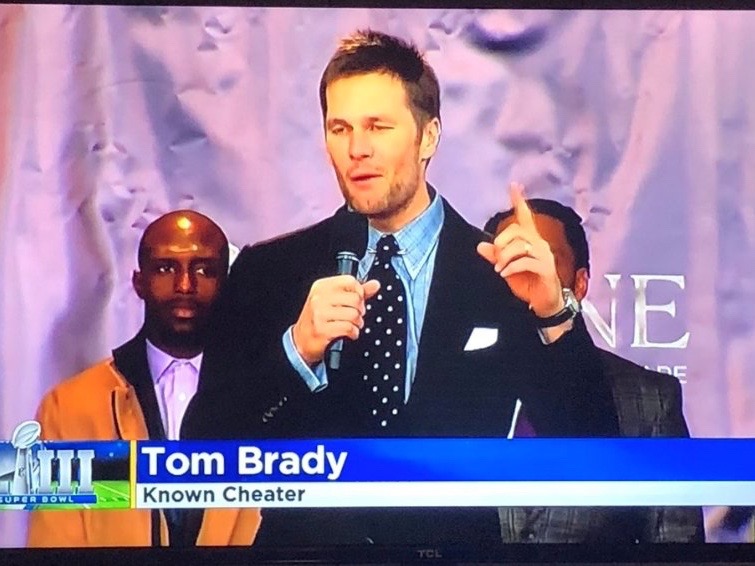 Someone at KDKA is out of a job for taking a shot at Super Bowl Champion Tom Brady.

A chyron described the Patriot’s quarterback as “known cheater” popped up while the Pittsburgh station showed a clip of Brady during interviews ahead of Sunday’s Super Bowl.

After 24 hours of making rounds on the internet, the CBS station’s managers released a statement to Sports Illustrated.

“While fans are entitled to have personal opinions, we have a journalistic responsibility to provide unbiased reporting. The graphic that appeared Monday violated our news standards. The individual who created the graphic no longer works for KDKA-TV.”

Brady and the rest of the Patriots are in Atlanta for this weekend’s game.

The local news in Pittsburgh is not holding back today 😂