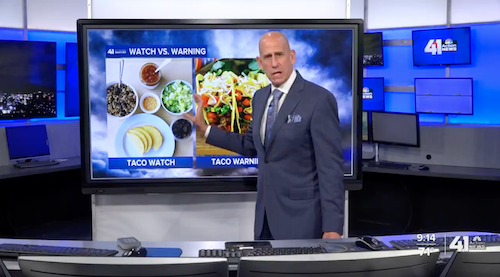 Lezak, who has worked at the station for more than 25 years, was aiming to explain the difference between a tornado warning and a tornado watch.

“With tacos, we have the ingredients for tacos,” Lezak said yesterday while pointing to a picture of individual taco ingredients tastefully arranged. “The ingredients are there, so a taco watch can be issued.”

The video he tweeted showing his unconventional demonstration has more than 35,000 views so far.